If there was guilt meter in the average church, some of us may see it spike whenever the pastor raised one of these topics:

In a 2016 study, Lifeway Research found people were more willing to share their political views (59%) than their spiritual views (41%). Fast forward to a 2019 study, which revealed that more than half (55%) of Protestant churchgoers say they haven’t shared their faith with anyone in the past six months.

Some things we know we should do, but we don’t. For example, no Christian would disagree that talking about Jesus is important, but we get anxious or nervous when we think about actually doing it. We don’t want to come across like an overbearing, obnoxious salesperson with a fake smile.

Wouldn’t it be nice if there was a corner you could just stand on and people would come to you to talk about Jesus?

I found such a corner. Several years ago, I had the opportunity to go to China. College students in China want to know English because it’s good for their careers, so near one of the universities in Chengdu, the students would meet on Fridays to converse with each other in English. They call it the “English Corner.”

Imagine their enthusiasm when a couple of Americans showed up on Friday night. We were native speakers! My friend and I separated, and we were both flooded with questions by students who wanted to practice English. Their questions were all about America and American culture. Inevitably, every student—every student—turned the conversation to Jesus. They equated Christianity with American culture, and they wanted to learn about my faith. I just answered questions and talked about Jesus—in communist China.

Wouldn’t it be nice if we had corners like that right here in America? We do. They’re just not as obvious.

We’re surrounded by people who hurt. People with questions. People who are looking for something to fill that empty spot in their lives. — @lynnpryor Click To Tweet

We’re surrounded by people who hurt. People with questions. People who are looking for something to fill that empty spot in their lives. They’re in the hallways where we work. They’re in our fitness groups. They’re on either side of us at a kid’s soccer game. They’re, well, everywhere.

These are momentary intersections that could morph into a changed life. Here’s how to do it without getting stressed:

1. Pray. Ask God to show you how to point to Him in a conversation. Not every conversation you have may lead to the gospel. That’s OK. Don’t feel guilty. Just ask God to make it abundantly clear when a door of opportunity is swinging open. And if you don’t see it swing open, don’t worry about it.

Ask God to make it abundantly clear when a door of opportunity is swinging open. — @lynnpryor Click To Tweet

2. Have a normal conversation. That’s right; a normal conversation about life, sports, family, who has the best French fries, whatever. Somewhere along the way, a problem with a child, a health concern with a family member, or an issue at work will pop up. Just offer this: Would it be OK if, when I pray, I include that in my prayers?

A door has been opened. You’ve pointed to your dependence on Christ without preaching. From that point, the conversation can quite possibly go into deeper conversations about faith, who Jesus is, and who He is in your life.

3. Keep caring. If this is someone you see frequently, keep the conversation going. Without pushing, periodically ask how things are going. Let them know of your continued prayer. Offer support. Maybe invite them to your church or Bible study group.

Let’s find those “English Corners.” Those intersections. Those unplanned encounters. And let’s just have a conversation.

Lynn leads the team that develops and produces Bible Studies for Life. He also preaches, leads conferences and currently serves as an interim pastor.

This is an adapted version of an article that originally appeared at LynnHPryor.com. 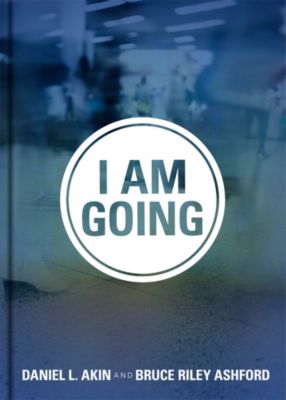