Emerging from the pandemic, more Americans say they are reading the Bible, but few consistently engage with God’s Word on a regular basis.

The latest State of the Bible report from the American Bible Society finds that 181 million Americans opened a Bible in the past year—up 7.1% from the previous year.

The latest State of the Bible report from the American Bible Society finds 181 million Americans opened a Bible in the past year—up 7.1% from the previous year. Click To Tweet

When thinking about their own usage, 24% of Americans say their Bible reading has increased this year compared to last. Around 2 in 3 (63%) say it has stayed the same, while 9% say it has decreased.

In a 2016 Lifeway Research study, 20% of Americans say they have personally read the entire Bible at least once. More than half (53%), however, have read nothing from the Bible other than some passages or stories, including 13% who’ve only read a few sentences and 10% who have read none of it.

The COVID-19 pandemic may have forced many away from physically gathering in church, but Americans seem to have picked up their Bibles as they socially distanced. The percentage who say they never use the Bible fell from 35% in January 2019 to 31% in the summer of 2020, according to the American Bible Society. The percentage has continued to drop into 2021. Now, 29% of Americans say they never use the Bible—the lowest percentage since 2016.

The percentage of Americans who say they never use the Bible fell from 35% in January 2019 to 29% in 2021, according to the American Bible Society. Click To Tweet

Even as fewer Americans are avoiding the Bible completely, not enough are reading it on a regular basis. Around 1 in 10 (11%) say they read it daily, and another 5% say they read it four to six days a week.

That combined 1 in 6 Americans who read Scripture at least four times a week is an important number. Extensive research of the impact of Bible reading shows that is the amount necessary to see significant life change. People who engage with Scripture one to three days a week demonstrate the same effect on the personal lives as those who don’t engage with it at all. Those who read the Bible four days a week or more, however, see radical, life-altering effects.

Even among Protestant churchgoers, only 32% say they read the Bible every day, according to a 2019 Lifeway Research study. Click To Tweet

That may be because they are struggling to understand it on their own. More than half of Protestant churchgoers (57%) say they find it challenging to make sense of the Bible when they read it on their own, according to another 2019 Lifeway Research study.

Post-pandemic, more Americans are at least opening their Bibles. It’s up to churches to encourage them to regularly spend time in it and participate in Bible studies and other activities that can help them better understand what they are reading. 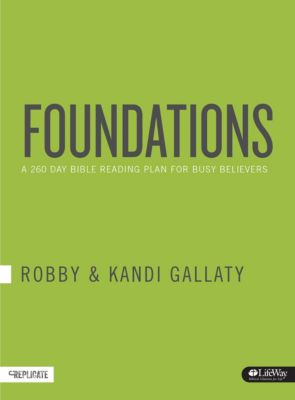