Americans seem to be consistently OK with birth control, divided on abortion, and against cloning humans, but a lot of other issues have seen significant swings in support.

In Gallup’s latest study on American’s views on what issues are morally acceptable or wrong, clear majorities of Americans see 11 of the issues polled as morally acceptable: birth control (90%), divorce (79%), sex between an unmarried man and woman (73%), gay or lesbian relations (69%), gambling (68%), having a baby outside of marriage (67%), medical research using stem cells obtained from human embryos (64%), death penalty (55%), buying and wearing clothing made of animal fur (55%), doctor-assisted suicide (54%), and medical testing on animals (52%).

Abortion and changing one’s gender are the two issues on Gallup’s survey where Americans are most divided on their morality. Click To Tweet

Abortion and changing one’s gender are the two issues on Gallup’s survey where Americans are most divided on their morality. U.S. adults are evenly split on abortion being morally acceptable (47%) and morally wrong (46%). A slim majority say changing genders is morally wrong (51%), while 46% find it acceptable.

8 of the 19 issues Gallup has surveyed multiple times reached their highest level of moral acceptance in 2021. Click To Tweet

Eight of the 19 issues Gallup has surveyed multiple times reached their highest level of moral acceptance. On six issues—divorce, sex between an unmarried man and woman, gay or lesbian relations, having a baby outside of marriage, abortion, and sex between teenagers—support marked a new high. While overall support for polygamy and married adults having an affair remains low, both tied previous highs.

Two other issues, the death penalty and medical testing on animals, fell to near their lowest level of approval in the history of Gallup’s survey.

A 2016 Lifeway Research study found that while Americans can’t always agree on what’s moral and immoral, 81% say they are concerned about declining moral behavior in the country. U.S. adults older than 65 are most likely to express concern (85%), but more than 7 in 10 young adults have the same worries (71%).

However, older adults are much more likely to say what’s moral or immoral stays the same, according to Lifeway Research. More than 6 in 10 U.S. adults over the age of 45 say whether something is morally right or wrong does not change, including 63% of those 65 and older. Conversely, fewer than 1 in 2 adults 44 years old and younger agree, including just 36% of 18- to 24-year-olds.

There is one of the Ten Commandments, however, that Gallup has found Americans to be extremely consistent. “Do not commit adultery,” the commandment Protestant and Orthodox Christians recognize as the 7th commandment, is one with which almost everyone agrees. Since 2001, those who say married men and women having an affair is morally acceptable has never topped 10%, while those who call it morally wrong has hovered around 90%.

W. Bradford Wilcox, a sociology professor and the director of the National Marriage Project at the University of Virginia, says the stability in opposition to adultery has coincided with a shift in the way Americans view the institution of marriage.

Americans still think marriage is important, Wilcox says, but they’ve started to view it as a capstone, a way to express their love for another person and cement their position in the upper middle class, instead of as a foundation stone.

In other words, people now tend to focus more on the romance and emotional connection shared by a couple—and less on the way marriage helps two people build a life together, remain connected to their children, find financial stability, establish intergenerational ties, and create a sense of kinship.

He says this, along with disapproval of extramarital affairs among many religions, makes adultery seem unacceptable today.

“Because we’re more focused on the couple [at the center] of the relationship today than we used to be, I think infidelity is actually a bigger deal in some ways,” Wilcox says.

“Because we’re more focused on the couple [at the center] of the relationship today than we used to be, I think infidelity is actually a bigger deal in some ways.” — W. Bradford Wilcox Click To Tweet

He relates this idea to the story of a family friend he knew years ago. The man was a husband and father, and it was no secret that he had extramarital affairs.

“But this older couple would have never considered getting divorced because they were of a certain generation, and they looked at marriage and family as a package,” Wilcox says.

“It was much more than just about the couple’s relationship quality; whereas today, that same kind of behavior would have quickly led to divorce court because people have a much more intense understanding of the value and importance of the communion between two people.”

Problems can arise, however, when people may agree that adultery is wrong, but disagree on what constitutes “cheating.”

A Deseret News poll found three-fourths of Americans agree having regular sexual relations with someone other than your partner (76%) or having a one-night stand (73%) should be considered cheating on your spouse.

3 in 4 Americans say having regular sexual relations with someone other than your partner (76%) or having a one-night stand (73%) should be considered cheating on your spouse, according to a Deseret News poll. Click To Tweet

Seven in 10 say romantically kissing (73%) or sending sexually explicit messages to someone else (71%) is cheating.

Most Americans say actively maintaining an online dating profile (63%), being emotionally involved (55%) or sending flirtatious messages (51%) would be cheating on your spouse.

In most cases, young adults, men, and the religiously unaffiliated are less likely to consider an activity to be cheating.

Reporting from Helen Gibson contributed to this article. 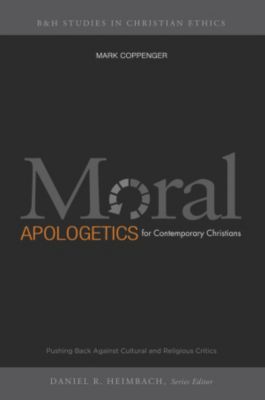