Have you ever read a news article or looked at research about evangelicals and thought, “That doesn’t seem like me or the evangelicals I know”? You may be right because you may be defining “evangelical” differently than the article.

Our personal experience and anecdotal evidence shouldn’t automatically outweigh solid statistical research, but it can provide a window into some of the confusion surrounding evangelicals.

As you see a news story on evangelicals, the first question you should ask is: “What do they mean by ‘evangelical’?” Click To Tweet

As you see a news story on evangelicals, the first question you should ask is: “What do they mean by ‘evangelical’?” If they are using research, there are three basic methods researchers use to classify someone as an evangelical. Together, these methods paint a complex picture of the state of evangelicalism in the U.S.

While this can seem like a purely academic discussion, the methodology and insights can help you better understand the community you are trying to reach, while also more accurately evaluating those already in your congregation.

34% of the U.S. population identifies as evangelical or born-again, according to 2018 Gallup survey

One of the simplest ways to determine if someone is an evangelical is to just ask them. Many research organizations use the question: “Do you consider yourself a born-again or evangelical Christian?” Most surveys on religious identification in the U.S. will include this or a similar question. Those who say yes are counted as evangelicals.

The percentage of Americans who self-identify as evangelical has been stable in the past decade, according to Pew Research. In 2009, 28% of U.S. adults said they were evangelical. Ten years later, 25% identified as evangelicals. Evangelicals represent a larger share of U.S. Protestants, climbing from 56% to 59% in the past decade of Pew’s studies. A Nationscape weekly survey found the percentage of self-ID evangelicals actually grew from 2019 to 2020, with 30% of U.S. adults embracing the label in June of 2020.

In recent years, “evangelical” has increasingly become a political label more than a theological one, which has led to confusion. Click To Tweet

In recent years, “evangelical” has increasingly become a political label more than a theological one, which has led to confusion. Some are more attracted to the label even though they don’t have the corresponding behaviors or beliefs. Others share those behaviors and beliefs but don’t want to associate with the label.

A recent study from Public Religion Research Institute (PRRI) found a significant decline among white Americans who self-identify as evangelical. There has been significant debate surrounding this study, as it claimed white mainline Protestants are growing and now outnumber white evangelicals in the U.S.

The concept of directly identifying with a specific denomination is another way to determine who should be classified as an evangelical.

25% of the American population belongs to an evangelical Protestant church, according to Pew Research’s 2014 Religious Landscape Study

Another way of classifying someone as an evangelical is determining their church and denominational affiliation. Researchers divide Christians into Protestants, Catholics and Orthodox. Among Protestants, they ask about the denomination of the church they attend. Diverse groups like “Baptist” or “Presbyterians” are divided further into specific denominations. Those individual Protestant denominations are classified as evangelical, mainline or Black Protestant.

Studies using this method are more in-depth, but because of the multiple questions required, they are often only done by specialized research or academic groups and released less frequently. Pew Research’s Religious Landscape Survey, done in 2007 and 2014, uses this method, as does the General Social Survey and the Association of Religion Data Archives among others.

Issues can arise, however, when people belong to denominations that are historically one branch of Protestantism, but their individual church is more closely aligned with another. Individuals within a mainline church or denomination may identify personally as evangelical. A third (34%) of United Methodists, the largest mainline denomination, self-identify as evangelical, according to analysis of the Cooperative Election Study (CES) by religion researcher Ryan Burge. Even a growing percentage of Catholics identify as evangelical, up from 10% in 2010 to 18% today, according to the CES.

18% of U.S. adults are evangelicals by belief, according to the 2020 Lifeway Research State of Theology study

Other research organizations, including Lifeway Research, seek to find those who share core evangelical theological commitments, regardless of denominational affiliation, ethnicity, or self-identification.

• The Bible is the highest authority for what I believe.
• It is very important for me personally to encourage non-Christians to trust Jesus Christ as their Savior.
• Jesus Christ’s death on the cross is the only sacrifice that could remove the penalty of my sin.
• Only those who trust in Jesus Christ alone as their Savior receive God’s free gift of eternal salvation.

Theoretically, someone could strongly hold to each of these evangelical beliefs and attend a mainline Protestant church or never attend any church. In the 2020 State of Theology study, around 2 in 5 evangelicals by belief said worshipping alone or with one’s family is a valid replacement for regularly attending church.

Even small methodology changes can impact the results greatly. The first representative survey using the evangelical beliefs questions in 2015 were asked by phone and were the very first questions asked on the survey. Having a live interviewer and Americans’ natural tendency to want to agree led to higher levels of agreement in this initial survey. Subsequent surveys of Americans have been conducted online and typically later in the survey where percentages of Americans who are classified as evangelicals by belief have consistently been in the high teens to 20%.

Only 25% of African Americans who hold evangelical theological beliefs self-ID as evangelical, compared to 62% of whites and 79% of Hispanics, according to a 2015 Lifeway Research study. Click To Tweet

Defining evangelicals strictly by belief answers some questions, but like the other methods, it also raises others. Using each of these definitions of evangelicals, however, can provide us with useful information about the U.S. religious culture. But it can also help us as we think about ministry in our own local context.

Church leaders and pastors could look at these sometimes-confusing numbers as an issue for academics and researchers to argue about. What impact does it have on my church right now? More than you may think.

You may talk to someone in your town who says they are an evangelical Christian because they voted a certain way or hold specific political positions, even though they haven’t attended church in 20 years and don’t believe Jesus is the only way for salvation. That’s important information to know as you seek to reach the lost, no matter what they may call themselves.

Knowing the different ways "evangelical" can be defined, not only helps you read the news better, it helps you reach your community better. — @WardrobeDoor Click To Tweet

It can help you to know that many people in your community would be open to joining your church, but because of some preconceived ideas they have about “evangelicals,” they may be hesitant to take that first step. Other congregations in your area could serve as kingdom partners due to shared theological commitments but there’s hesitation because of certain presumed labels.

Knowing many people who attend evangelical churches don’t believe core evangelical doctrines, may help you to better evaluate the theological positions of your congregation. How many people are resting on what they call themselves or church attendance for their salvation?

Knowing the different ways “evangelical” can be defined, not only helps you read the news better, it helps you reach your community better. 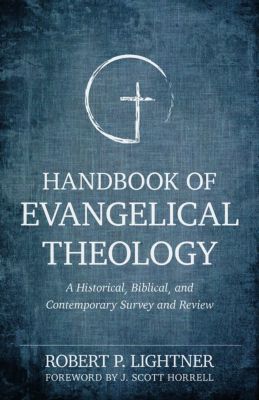