They join your church. You minister to them with the proclamation of God’s Word week in and week out. You pray for them regularly, send them notes on their birthdays, and keep them up to date on all the happenings at church.

They sit across the desk in your office for counseling. You take them out to eat or for coffee, you visit them in the hospital, and you go to their son’s ballgames. They ask you to officiate their daughter’s wedding and their grandpa’s funeral.

In the blink of an eye, it’s as if they disappear from planet Earth. No, they didn’t die or move away; they ghosted you … and it happens a lot. I shared something along those lines recently on Twitter:

Earlier that day, I spoke with a pastor friend who found himself in the same situation. I wanted to share the tweet because getting ghosted as a pastor is pretty common, and I thought I’d encourage pastors on Saturday night before they gathered with their flocks on Sunday.

The replies rolled in fast and heavy with comments like, “I saw someone in a restaurant last week who passed us like strangers. Our daughter was there and recalled how 10 years ago, I was in the ER all night with her husband as he died unexpectedly.”

Another said, “Yeah, that’s hard stuff. Tears at you because you really do care about these folks. Regardless, when you stop caring, it’s time to quit.” Another replied, “There’s an apt quote from Terry Wardle: ‘Ministry is a series of ungrieved losses.’ It really hits home for me.”

It can be especially difficult in the wake of the pandemic when Lifeway Research found pastors were concerned with caring for members from a distance, maintaining congregational unity, and the health and safety of their people, all while dealing with personal exhaustion.

Even before the pandemic, a 2015 Lifeway Research study of 1,500 pastors revealed:

It Happens to All of Us

“Ghosting” happens to all of us. We preach the gospel each week, pray for our folks daily, and pour ourselves into their lives week by week, but then one disappears into thin air. They won’t return calls; you see the read receipts on the texts they ignore. And it hurts.

When someone dies or moves away, there's closure. But when people ghost you, you're left to assume the worst. — @mhenslee Click To Tweet

When someone dies or moves away, there’s closure. But when people ghost you, you’re left to assume the worst. I didn’t do enough; I could’ve done more, etc. That’s a rough place to be, but pastor, please hear me:

I know it hurts, but you were faithful. Seriously, good job. I’d also like to remind you that you’re not alone. Not only have other pastors experienced it, but our Savior did, too.

It Happened to Jesus

Jesus walked with His disciples, taught them all day, every day, ate with them, and then, when He was facing His sacrificial death, poof! They were gone.

Judas betrayed Him, Peter denied Him, and they all pretty well tucked tail and ran. The disciples ghosted the Savior—our Savior!

We'll be afflicted in every way, we'll be perplexed, we'll be persecuted, and we'll be struck down. We'll face all those things, but we won't be crushed, in despair, abandoned, or destroyed.  Click To Tweet

If you read 2 Corinthians 4:7-18, you see the reality of suffering. We’ll be afflicted in every way, we’ll be perplexed, we’ll be persecuted, and we’ll be struck down. But you also see the promises. We’ll face all those things, but we won’t be crushed, in despair, abandoned, or destroyed.

Instead, I believe Paul uses these things to give us a proper perspective, encourage a right reaction, and remind us of our coming reward.

Ministry is Hard, but It’s Worth It

Ministry is awesome, but it can also be hard. It’s made even harder when the people we love disappear into thin air. As Terry Wardle said, “Ministry is a series of ungrieved losses.” When people ghost and we lack closure, you must have friends and advisors in your corner.

Have some experienced pastor friends you can reach out to, so they can encourage you. And make sure your identity isn’t in what so-and-so thinks about you, but in the Lord who saved you.

It’s also important to note that some church members don’t ghost you out of malice. One of the things I learned among the replies to my earlier tweet is that some folks don’t want to intentionally discourage you. So, instead of meeting with you and explaining their reasons for leaving the church, they simply slip away.

Make sure your identity isn't in what so-and-so thinks about you, but in the Lord who saved you. — @mhenslee Click To Tweet

I also learned some members felt pastors ghosted them for a variety of reasons. In other words, this is a complex topic, and we should all, pastors and parishioners alike, err on the side of grace.

So, I’ll close with one of the most poignant replies I received: “It stings, but I’m reminded: If to men … a major waste of time, heart, and energy; If to the Lord … never in vain.”

Those sermons, prayers, visits, and hours and hours of ministry? Do them as unto the Lord, and you’ll do good. It’s worth it!

Matt and his wife Rebecca have four daughters. He is the Associational Mission Strategist for the Collin Baptist Association in Texas, and coauthor of Replanting Rural Churches. 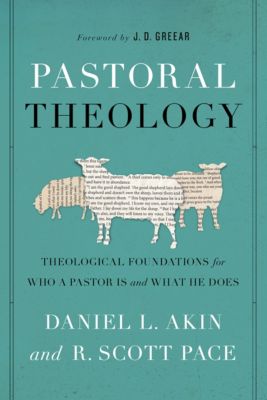 Pastoral Theology: Theological Foundations for Who a Pastor is and What He Does