Whether it was due to contemplating matters of mortality or simply having more free time at home on their hands, more Americans read the Bible at least occasionally than in recent years.

According to the American Bible Society’s 2021 State of the Bible study, the percentage of adult Bible users saw a marked increase this year. The study defines Bible users as individuals who read, listen to, or pray with the Bible at least three to four times a year outside of a church service or event. In 2021, 50% of Americans were Bible users, amounting to 128 million people.

Another 8% say they engage with the Bible once or twice a year and 13% do so less than once a year. For around 3 in 10 Americans (29%), they say they never interact with Scripture.

The percentage of Americans who say they never engage with the Bible has fallen the past three years and reached a low of 29% in 2021, according to @americanbible. Click To Tweet

When asked directly, 24% of Americans say their Bible reading increased in the past year. Most (63%) say it stayed the same, while 9% say it decreased.

In all, 181 million Americans opened their Bible in the past year—up 7.1% from the 169 million adults who did so in 2020, according to @americanbible. Click To Tweet

A 2019 Lifeway Research study found churchgoers are more likely than others to read the Bible regularly, but few engage with it daily.

A third of Americans who attend a Protestant church regularly (32%) say they read the Bible personally every day. Around a quarter (27%) say they read it a few times a week.

Unfortunately, while churchgoers and evangelicals are more likely than others to engage with the Bible regularly, Scripture engagement is still trumped by social media usage.

On any given day, evangelical Christians in the U.S. are twice as likely to open Facebook as their Bible, according to Lifeway Research.

Despite this, evangelicals spend more time reading the half-considered musings of a high school classmate on Facebook than they do in study of what they profess to be God’s divinely inspired Word.

Yet research indicates Bible reading carries lifelong benefits for adults as well as kids and teenagers. Previous Lifeway Research studies have revealed regularly reading the Bible as a kid is the biggest factor in predicting the spiritual health of young adults and students who regularly read their Bible are less likely to drop out of church.

Americans are opening their Bibles more recently, but Christians must become even more engaged with Scripture to reap the benefits for themselves and their families. 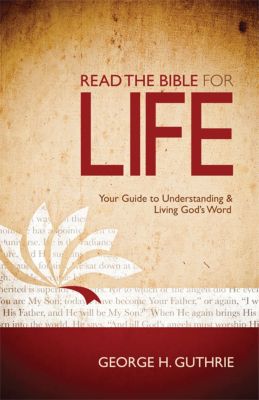 Read the Bible for Life: Your Guide to Understanding and Living God’s Word