Can a survey really have a spiritual impact? After seeing how people in my city have responded to the gospel and seeing churches planted in Mexico because of a survey, I’m a believer. But I admit I was skeptical at first.

A few months after we arrived in Mexico City as church planters with the International Mission Board, leadership contacted our team and told us that Lifeway Research would be conducting a large survey of residents in Mexico City and the surrounding metropolitan area. The survey would measure the spiritual beliefs of Mexico City residents.

Scott McConnell, executive director of Lifeway Research, visited Mexico City to work on the survey. We helped him get to know the city and select the firm contracted to do the survey. When the results of the survey were in, I had the privilege of translating for Scott as he presented the findings to a meeting of pastors and leaders in the Convención Regional Bautista Central in Mexico City.

As your community changes, you must return to the work of understanding how to enter into relationships and gospel conversations with the people around you. — Carlos E. Llambés, international church planter Click To Tweet

As missionaries, we have seen many studies over the years, and although we may find tremendous value in them, sometimes there is skepticism about yet another study. It can be time consuming to stop with our busy ministry as church planters and start analyzing the findings of a survey.

This situation may sound familiar to you as a church leader. As research studies cross your path, you have to decide if they help with your work or distract from it. The study of our local area helped our team with both aspects of the beginning of missionary work.

The missionary task itself starts with entry and evangelism. In the entry component of our work, we look at culture, context, and worldview to learn about the people group we are trying to reach. This may have been learned and understood long ago in an existing church. As your community changes, however, you must return to the work of understanding how to enter into relationships and gospel conversations with the people around you.

By fully understanding the people you’re trying to reach, you can approach evangelism in ways that will relate to their needs, and you can communicate in ways that are better understood. Your approach to evangelism will be more effective when it reflects people’s culture, context, and worldview.

Your approach to evangelism will be more effective when it reflects people’s culture, context, and worldview. — Carlos E. Llambés, international church planter Click To Tweet

I left the Mexico City meeting with a much broader and precise knowledge of the people in and around Mexico City. I began to see the value of this study in a practical sense as a church planter. The study provided figures that presented an accurate picture of the Mexican people: who they are, their religious beliefs, and their worldview.

Due to the research presented, I also better understood how to engage the people in our context in religious conversations that would lead to a contextualized gospel presentation. The Lifeway Research survey revealed that one value in particular was extremely important for Mexicans—respect.

As the figures and findings from the survey started to sink in, I thought it would be good to see how Christ approached people, and if what the survey revealed could be found in the conversations He had with people. I saw that connection in His encounter with the Samaritan woman in John 4. I was able to identify three major components of Christ’s conversation with her—respect, love, and patience.

Tying the survey information—which gave us a better understanding of those we were reaching—with Jesus’s conversation in John 4, I was able to formulate an approach to evangelism that included those three components of a biblical gospel presentation. Since then, I have put that method into practice, taught about those components, and also included them in a book on spiritual disciplines: 7 Disciplinas Espirituales Para el Hombre.

You might be skeptical about the need for more research, but we have seen firsthand what can happen when you gain more information and apply it in a biblically faithful and contextually effective way. — Carlos E. Llambés Click To Tweet

Almost seven years after that survey, we have seen and continue to see people repent of sins and place their faith in Christ through the evangelistic methods this research motivated. And churches have been started by God’s grace because the spiritual needs of real people described in the survey’s findings were used by God to call people into church planting.

You might be skeptical about the need for more research or yet another study, but we have seen firsthand what can happen when you are able to gain more information and apply it in a biblically faithful and contextually effective way.

I am grateful the Lord used a survey to help us see a people group with a more intentional laser-focused approach. This allowed us to make the necessary biblical connections to reach them in a contextualized way and develop an evangelism tool and discipleship training to help others reach out to the unreached.

Carlos is an International Mission Board missionary on the Gateway Mexico City Team. 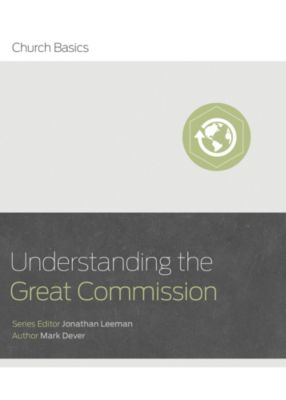