When Alex Dennis began planning to start a church in Surprise, Arizona, in the middle of 2019, COVID-19 wasn’t on his radar. God had called him—clearly and unmistakably—to reach the Asante community of Surprise with the good news about Jesus.

Dennis wanted to launch big with a community engagement event called “Fam Jam.” Early 2020 seemed like the perfect time to do it.

Then came the worst pandemic to hit the world in a century. Businesses closed. Schools closed. And nearly every church in the world stopped meeting in person for a period of time.

“We had put all of this time into planning Fam Jam, and then COVID hit,” said Dennis, who started Asante Church in the middle of the pandemic. “We realized we were going to have to do something to engage our community. Now community engagement has been the real story of how we launched the church.”

Since COVID-19’s arrival nearly 20 months ago, the young church’s core team has worked hard to serve and help the community. As isolation and boredom took its toll on Asante during the early days of the pandemic, congregants painted 1,000 rocks with hopeful messages and placed them throughout the community. Each rock also had a URL for a church website where a devotional walked the finder through the gospel. The activity went viral. Someone who didn’t even attend the church created a Facebook group where people posted about finding them. Other people began painting rocks and adding them to the search.

“If we’re about Jesus, we needed to meet people as Jesus did.” — Alex Dennis, pastor of Asante Church Click To Tweet

The church put together a scavenger hunt to give the kids something to do. They collected food for people in the community hit particularly hard by the pandemic. When a rare monsoon hit their Arizona community, knocking down a third of the trees in the nearby three neighborhoods, the church rallied its members to help.

“If we’re about Jesus, we needed to meet people as Jesus did,” Dennis said. “And we needed to meet needs so we can then share Jesus with people when that time comes. We saw it as our responsibility. This is why God has put us here—for this time. Let’s get after it. We can’t back off. We need to step it up.”

What has happened in Surprise through the ministry of Asante Church during the pandemic has been multiplied in communities across the United States. According to a recent Lifeway Research report, 51% of Americans say churches in their communities were helpful during the pandemic. Among younger demographics, those numbers were even higher. The report showed 63% of people ages 35 to 49 and 56% of people ages 18 to 34 said churches were helpful to their communities.

Scott McConnell, executive director at Lifeway Research, connects the church’s service during the pandemic to Jesus’ call for followers to serve their neighbors.

“When Jesus instructed His followers to ‘love your neighbor as yourself,’ there were no strings attached." — @smcconn Click To Tweet

“When Jesus instructed His followers to ‘love your neighbor as yourself,’ there were no strings attached. It wasn’t to love them so they escape poverty, so they become Christians, or so they notice your good deeds—though any of those may result,” McConnell said. “The ever-present call to meet tangible needs of those around us is simply to express love. This research showed such service from churches continued during the pandemic and should be a priority as churches emerge from the effects of the pandemic themselves.”

Even before the pandemic, community engagement was a critical part of any church’s mission, as well as its pathway to health. Mark Clifton, senior director of replanting at the North American Mission Board (NAMB), says it’s a much more important metric for church health than traditional barometers like attendance and giving. Growth and giving may follow community engagement, but a church that makes disciples will make its community better, he said.

If, at the end of the day, the community isn’t noticeably better because the church is there, then we’re not being the church. — @johnmarkclifton, senior director of replanting at @NAMB_SBC Click To Tweet

While community engagement has always been an important part of the church’s mission, the pandemic presented the church with a figurative fork in the road. With public events shut down, the church could fade into the background or embrace its mission to serve the community in a time of dramatic need.

In replanting, if you’re not going to be contextual and incarnational in the neighborhood, then don’t even bother. — @johnmarkclifton, senior director of replanting at @NAMB_SBC Click To Tweet

Ed Stetzer, the dean of Wheaton College’s School of Missions, Ministry, and Leadership, notes that the “culture is groaning under a host of miseries” currently, some caused by the pandemic, and some exacerbated by it.

“There have been many lives lost from COVID-19; we have experienced the miseries of racism and political division, and the erosion of a unifying center,” Stetzer said. “There is the looming immigration/refugee crisis as well as growing concern over mental illness, food insecurities, income gaps, fear of cancel culture, and much more. On top of all of that, there seems to be an identity crisis around issues of gender and sexuality. This is such a critical time for the church to step up and show how the good news of Jesus is the hope for all the world. Thus, a prayer of mine for the church is to not let the moment we are in derail us from the mission we are on.”

"This is such a critical time for the church to step up and show how the good news of Jesus is the hope for all the world." — @edstetzer Click To Tweet

L.A. City Baptist Church, in a mostly Hispanic community in Los Angeles, chose to step up and embrace the moment even with minimal resources to leverage. When Korean pastor Min Lee first arrived at the church in 2019, the church had only 12 members. After COVID-19 hit his low-income neighborhood particularly hard the following spring, Lee mobilized the church to provide food and supplies, even dipping into his own wallet to help pay for it.

As local stores closed, neighborhood families often didn’t have access to transportation to get to places where they could get what they needed, so Lee led the church to bring the supplies to these families. The idea caught on and two larger nearby churches partnered with the church to create a monthly food bank for the community.

This also gave Lee opportunities to share the gospel with neighbors. That’s a dynamic Stetzer believes will happen increasingly as churches meet practical needs in their community—even after these communities emerge from the pandemic.

“When the mission becomes alive and active in the life of men and women who profess Jesus as Lord, then the proclamation of Jesus as the only Lord and Savior becomes plausible,” Stetzer said. “Most of us have experienced great service at a restaurant. Think about Christian service as preparing the table to receive the most incredible meal they have ever experienced—that being the good news of Jesus.”

Tobin is a freelance writer in Evansville, Indiana. 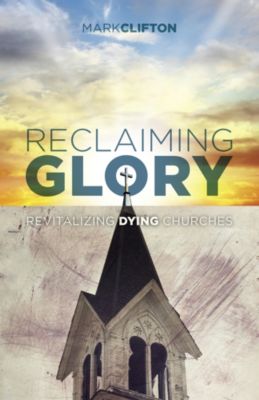