The pandemic and all the related challenges may have ensured pastor belongs in the annals of tough jobs.

During the COVID-19 pandemic, pastors faced overnight changes to how they do their job, emotional and spiritual strains on their churchgoers, and personal and family stresses. Despite all this, few pastors actually stepped away from the pulpit. Lifeway Research found pastor attrition rate in 2021 statistically unchanged from 2015. Still, pastors are more likely now to say their role is often overwhelming (63% to 54%).

A recent report from Hartford Institute for Religion Research (HIRR) confirms the pandemic tested pastors and their congregations, but most were able to endure and adapt.

Almost 1 in 5 pastors say they seriously considered leaving the ministry a few times or more in the past 12 months, according to Hartford Institute for Religion Research. Click To Tweet

Almost 1 in 5 pastors say they seriously considered leaving the ministry a few times or more in the past 12 months, according to HIRR. A similar percentage (19%) say it crossed their mind once or twice, while 63% say they never thought about it.

A recent Barna survey also finds 62% of pastors say they have not given real consideration to quitting full-time ministry within the past year, while 38% say they’ve seriously thought about it. That 38%, however, is a jump from 29% in January.

Younger pastors (those under 45) are also more likely to say they’ve thought about stepping away from the ministry than older pastors (46% to 34%). This comes as the most recent Faith Communities Today study found the average age of both pastors and churchgoers to be increasing.

Hartford found around 1 in 10 pastors say they doubted their call at least a few times this past year, while 14% say they did so once or twice. More than 3 in 4 (76%) say they never doubted God had called them into ministry.

2 in 3 pastors (67%) say at least once in the past year they considered this to be the hardest year of their ministry, according to Hartford Institute for Religion Research. Click To Tweet

When asked about their specific church, around 1 in 10 say they seriously considered leaving a few times or more and another 10% say they thought about it once or twice. For almost 4 in 5 pastors (79%), however, this was never given a thought.

This doesn’t mean they saw pastoring through the pandemic as easy. Only 1 in 3 (33%) say they never considered the past year the hardest of their ministry. More than 1 in 5 pastors (21%) say they thought about it once or twice. Slightly fewer (17%) say that came to mind a few times in the past 12 months. Around 1 in 8 (12%) thought about it fairly often, while close to 1 in 6 (17%) say they were thinking about it being the hardest year of ministry very often.

Large numbers of pastors considered quitting the ministry this past year, but few actually did, which speaks to their commitment to their calling and passion to faithfully serve the church. Click To Tweet

The numbers of pastors who feel their role is overwhelming, felt this past year was their most difficult, and even considered leaving the ministry behind tell of a hard season for pastors. The fact that so few actually quite speaks to their commitment to their calling and passion to faithfully serve the church.

Much of the struggles of pastors come from concern about their congregations. Still, most churches have weathered pandemic-related challenges.

More than 2 in 5 churches (42%) say they “struggled to maintain member contact and community,” according to HIRR. When Lifeway Research asked pastors their top ministry concerns at the beginning of the pandemic, many pointed to this and related issues. In the Hartford Institute report, similar numbers say their church had problems adapting to restrictions (40%) or faced major disruptions in their ministry (40%).

Fewer churches (30%) say their financial viability is at risk. A recent Lifeway Research study found most churches have recovered enough and are at a place of seeming financial stability. Still three times as many pastors say the current economy is hurting their church than helping it (37% to 12%).

As pastors and their congregations continue to deal with the ramifications of the pandemic, each needs to be more in prayer for the other. Pastors have faced a difficult year. Almost all of them have continued in their ministry, but many of them questioned it. Congregations have also faced their share of problems, both as individuals and corporately.

Three times as many pastors say the current economy is hurting their church than helping it (37% to 12%), according to Lifeway Research. Click To Tweet

This provides an opportunity for the church, both the pastors and the congregants, to grow and recognize how God sustained them during a difficult season. Respondents to the HIRR study said the pandemic proved that churches can change quickly and helped churches reluctant to embrace innovation.

“Though this is a continuing journey of adaptation as the pandemic evolves,” the report states, “faith leaders, lay leaders, and their congregants have demonstrated their ability to rise to the occasion and will no doubt continue to do so in the months ahead.” 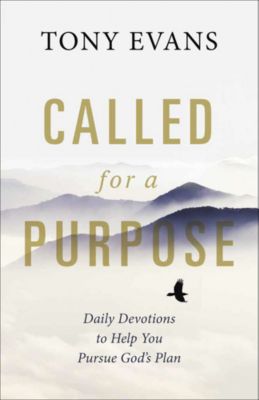 Called for a Purpose: Devotions to Help You Pursue God’s Plan