Covid-19 vaccines and confusion over a Greek word led an unlikely word to jump in Bible searches this year.

“Pestilence,” “plague,” and “diseases,” words that dominated conversations in 2020, dropped 71% in the number of searches at Bible Gateway. Meanwhile, searches for “sorcery” or “sorceries” jumped 193%.

Bible Gateway attributes the increased interest in sorcery to the Greek root word φαρμακεία or pharmakeia. Some Christians used the lexical connection between the Greek word and the modern English word “pharmaceuticals” to claim the Bible warned about vaccinations, particularly the Covid-19 vaccine.

Searches at @biblegateway for "sorcery" jumped 193% after some made a connection between the Greek root word pharmakeia and the Covid-19 vaccine. Click To Tweet

Pharmakeia is used negatively in both Galatians 5:20 as one of the acts of the flesh that run contrary to the fruit of the Spirit and Revelation 18:23 as one of the means through which Babylon deceived the nations.

Attempting to apply those verses to modern-day medicine is a mistake, according to Josh Hayes, a Bible scholar and editor on the Christian Standard Bible team. “This is a case of people bringing contemporary questions to the Bible that it doesn’t directly or explicitly answer,” he says. “In looking for a quick and absolute resolution, they unwittingly impose on the biblical text an anachronistic understanding of what pharmakeia means.”

In his commentary on Galatians, New Testament scholar Douglas Moo says the similarity of pharmakeia to our English word “pharmacy” does reveal a basic meaning of dispensing drugs for medicinal purposes. “In the Greek of our literature, however, it has a negative sense, referring either to the administration of poison … or to the use of drugs in magical practices and, by extension, to those practices themselves.”

Understanding the context and usage of the actual Greek word in Scripture prevents us from applying it to any safety or ethical concerns about the COVID-19 vaccine, says Hayes. Specifically in Galatians 5, Paul is “speaking to the moral trajectory and religious practice of someone’s life in a general way, not about any type of specific medicine.”

Understanding the context and usage of the actual Greek word pharmakeia in Scripture prevents us from applying it to any safety or ethical concerns about the COVID-19 vaccine, says @perpetual_hayes. Click To Tweet

Hayes says the biblical authors did not have in mind “conventions like industrially manufactured pills and vaccines because there would be no way to bring their immediate audience (or even later generations of readers for the majority of the church’s history) up to speed on what medicine and technology would look like for 21st century Westerners.” Instead, he says the Bible calls us to exercise wisdom and to love our neighbors while respecting people’s consciences according to their level of understanding and maturity.

Bible readers can avoid many misunderstandings by drawing analogies between and not conflating the original setting and our present-day circumstances. "The two can be similar but never exactly the same." — @perpetual_hayes Click To Tweet

For Hayes, many of these misunderstandings could be avoided if modern readers respected the original context of the biblical authors and the context of the passage within the entire Bible. “We do this by drawing analogies between the original setting and our present-day circumstances,” he says. “The two can be similar but never exactly the same.”

As someone who studies and works with biblical texts professionally, Hayes wants people to read, study, and apply God’s Word to their daily lives, but well-intentioned readers can still treat the Bible irresponsibly.

If people kept in mind that the Bible is a collection of writings in which God spoke to humanity through human authors at a given time and place, Hayes says, they wouldn’t “expect some sort of direct commentary or instruction about a highly specific medical crisis in the 21st century.” 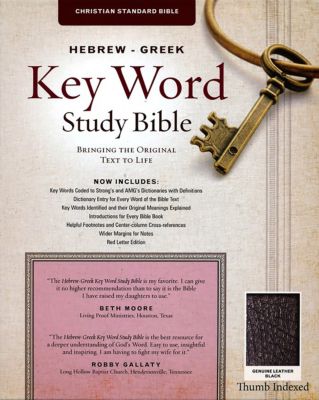